The Early History of the Piano

The Piano was invented and developed to give keyboard instruments the ability to express a full range of dynamics. The harpsichords and spinets of the early 1700s could give out a big sound, but they lacked power of expression. The Clavichord was capable of expression but due to its small size, it was suited only for private playing. 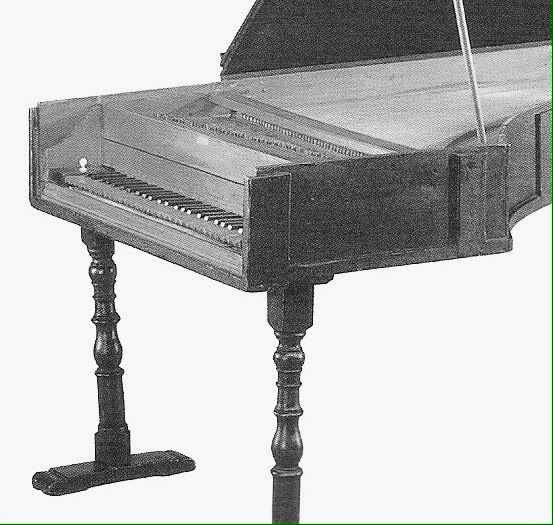 Bartolomeo Cristofori was a maker of harpsichords and, aware musicians wanted a greater capacity to convey the full spectrum of passion and emotion - from the thunderous right through to the tender. With this in mind he set out to invent a mechanism that would produce this dynamic range for keyboard instruments. Taking the harpsichord as an experimental model, he replaced the plectra with a set of hammers. This was a radical shift away from the traditions of instrument makers and was a bold step into the unknown. Eventually his Piano e Forte was exhibited in 1711.

By 1720, much less like an adapted harpsichord, the piano had become an instrument in a class of its own, it was a work of ingenious originality. Cristofori died in 1731. Leaving no pupils to continue its development along the lines he might have pursued himself, he entrusted his ‘piano e forte’ to the next generation of instrument builders to make of it, whatever they could.


During these early years, the piano was found only among the very rich and affluent. It was closely associated with culture and refinement, and its survival depended upon generous sponsorship from High Society and Royalty. For the piano to reach the greater part of society, it would have to be manufactured in large numbers and sold at affordable prices.
The piano quickly made its mark on the world of music and was fast becoming a very sought-after musical instrument. Inevitably it attracted the notice of enterprising businessmen who saw an opportunity to make healthy profits.

Producing large numbers of pianos during the 19th century was no small achievement. In a few years differences of style developed in the piano-making countries. The Vienese School was initially very popular as their action was light and easy to play, but the English School produced a stronger, more sustained sound. The layout of the hammer action also differed - eventually what worked well, was adopted by all makers - even if some individualism of style and design was maintained.

With a steady demand firmly established, the piano earned its permanent place in musical history. The world of music, without a piano, is impossible for us to imagine. Mankind would be so much the poorer if Bartolomeo Cristofori had not sought to satisfy the keyboard musician's craving for expression.