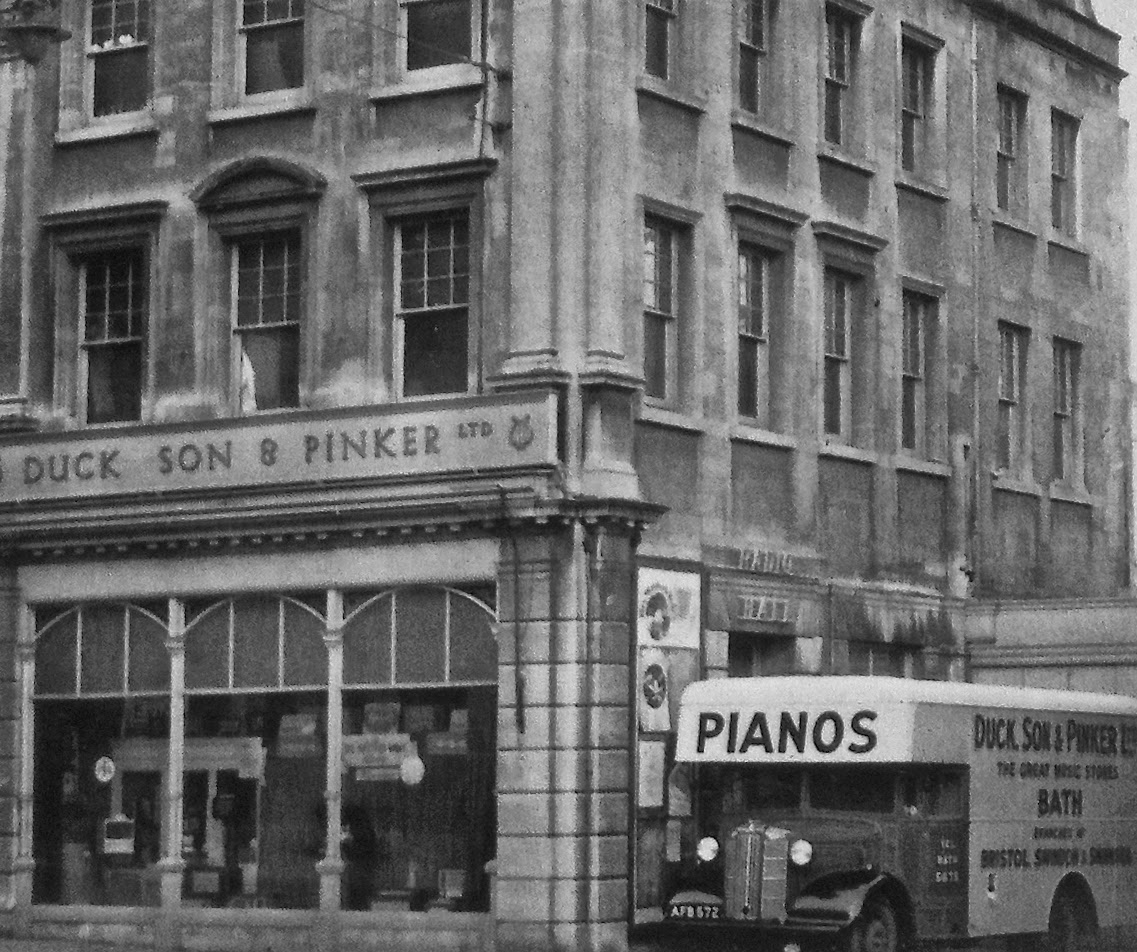 There are many pianos that bear the Duck, Son & Pinker name and it is difficult to pinpoint where they were made. Some models were made by Skerrett, a better quality model was made by Brasted. Others, from the look of the insides, might have been made by Bentley. Their earlier, straight-strung pianos, may well have been made at the premises in Bath or in Bristol.

The decline of the piano side of the business reflected the widespread downturn in acoustic piano sales across the industry over many years. Today, it is hard to imagine any piano business tuning 5,000 pianos every month but at their height, D.S.&P. really did achieve an astonishing 65,000 piano tunings in a year! They had an army of tuners working from Bath down to Cornwall and into Wales. They had branches in Swindon, Swansea, Bristol, Gloucester and for a while, Weston Super Mare.
I remember tales from the old tuners when I was an apprentice: they were given a bicycle, put on a train to South Wales, and told to go up and down the valleys going door to door for piano tuning work! Those really were the golden days!